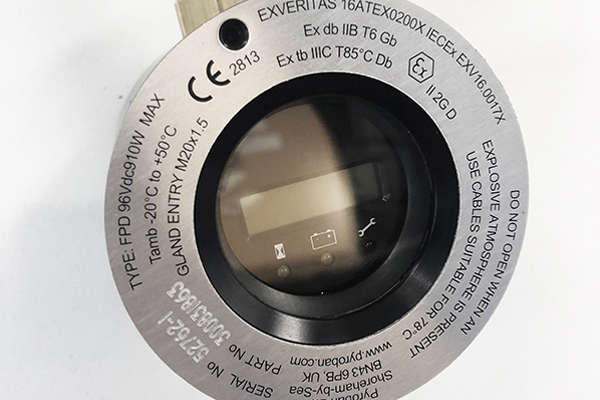 Did you know that when you “pop the hood” and dive into the detail of what goes into the design of an explosion proof forklift truck, the difference between conversion companies is vastly different?

Some designs could cause problems that only start to become clear after several months, or years, of use. Here’s one example.

Heat is a potential source of an ignition, so explosion proof forklifts feature numerous temperature switches to ensure components remain below the relevant Temperature Class. Sometimes they get activated as a result of a fault, misuse of the truck or if the truck is worked extremely hard in high ambient temperatures.

There could be as many as 24 switches dotted all around the forklift truck, so what happens when one is activated due to an over temperature event on a component?

If it’s a Pyroban truck, you’ll know exactly where the problem is, but with some competitors, it could simply be any one of the 24 switches!

“It’s like when the old Christmas tree lights blow, you have to test each bulb along the chain,” says Darren Boiling, Sales Manager from Pyroban.

Darren made this comment after he witnessed a lift truck recently converted by a competitor where all temperature switches were connected in a series. They were in a long chain connected to a single over temperature channel in the control system.

“Of course, the truck complied with ATEX, but it makes fault finding extremely difficult, time consuming and expensive once in operation,” he says. “There is no intelligence as to what switch has activated.”

In this case, the opening of a switch did not affect the specific function, so it wasn’t evident to the operator what function was over temperature, as the function remained powered.

Why Pyroban trucks are different

Compare that with the Pyroban system which comprises switches in a circuit with the components, such as solenoids. If one goes over temperature, the function will stop, and the operator will know what has been affected.

For high power components such as motors, these are monitored with separate switches and indicated per channel.

This is just one small example that helps demonstrate why Pyroban continues to stand out and why the company is still considered the “best in class”. It’s the details of the conversion that matter and the intelligent design that goes beyond ATEX compliance.

According to Steve Noakes, Pyroban’s Managing Director (and one of the company’s longest serving engineers), Pyroban solutions have always been based on five solid pillars.

Read more about the 5 pillars of Pyroban.